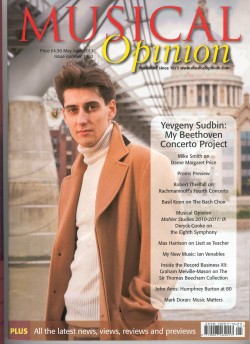 "Deeply rooted respect for the composer is the necessary ingredient from which any individuality and original thought later springs to live I believe."